Laughter is the Cure – All About Hilarity for Charity 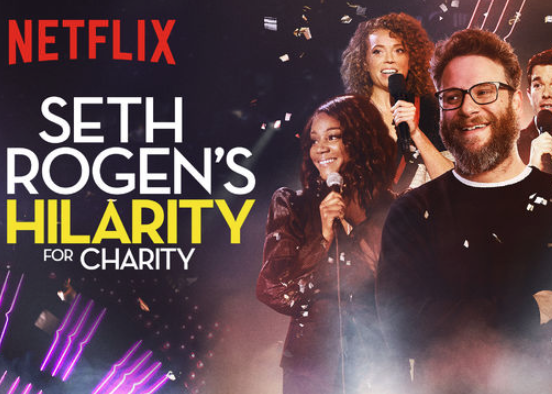 If you’re into stand-up comedy, boy do we have a treat for you. The latest comedy special on Netflix isn’t just any ordinary stand-up special.  Hilarity for Charity is a show dedicated to raising money for Alzheimer’s research!

All of this is thanks to star couple comedians Seth Rogen and Lauren Rogen, whose mother was diagnosed with Alzheimer’s when she was only 55. This sent a shock throughout her entire family, but it wasn’t necessarily something her family had never expected to happen to her mother, as Lauren’s grandfather and grandmother both had passed due to Alzheimer’s.

Then a young couple, Seth and Lauren decided to take action and founded Hilarity for Charity, an organization the raises money for Alzheimer’s research through comedy shows that also educate viewers on Alzheimer’s.

Since its founding in 2012, the organization has raised over $7.5 million that goes to research as well as providing caregiver support to families in need.

This year’s Hilarity for Charity show is now streaming on Netflix, and features appearances by Michael Che, James Corden, Tiffany Haddish, Kumail Nanjiani and the Muppets.