Our Favorite Christmas Movies for Seniors 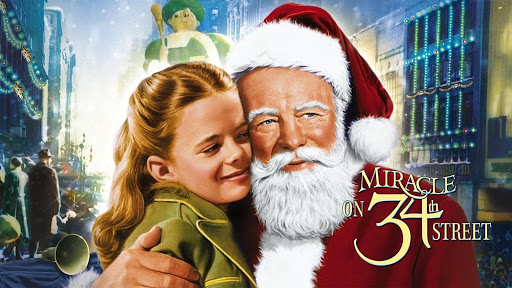 Tis the season for getting together with friends and family, cuddling up in front of the fire with a cup of hot cocoa, and of course, watching the best holiday films out there. Here are some of our favorites that you and your loved one will surely enjoy.

This heart-warming film is a star-studded, and underrated Christmas film starring Penelope Cruz, Susan Sarandon, Paul Walker, Alan Arkin and Robin Williams. While the story connects five strangers, all connected in some way, it interestingly follows a devoted daughter, who is a caregiver to her mother with Alzheimer’s who she visits daily at the hospital, who is soon taught to value caring for herself and own happiness as that is what her mother would want for her. Don’t miss this one – it is so heartwarming!

If you yourself or a client are a fan of watching Christmas movies, there’s a very high chance you’ve seen White Christmas starring Bing Crosby (AKA, the most well-known voice behind Irving Berlin’s most famous Christmas tunes. The film follows two producers and army veterans who learn that their old commander, now running an Inn in the country, is in need of their help to keep his business afloat through the holidays. So, the brothers and their crew set off to help him, and put on a marvelous holiday-themed show! The film is also a romantic comedy, in addition to a musical, as the two fall for a sister act – played by Vera-Ellen and Rosemary Clooney, who help them put on a spectacle the Inn will never forget.

Starring Cameron Diaz, Kate Winslet, Jude Law and Jack Black, this movie follows two women, one in Los Angeles and one in London, who are struggling with busy careers and failed relationships. After meeting online, the two decide to switch houses for the holidays, and it’s safe to say that life as they know it takes a turn for the best!

A beloved classic, the film follows the story of an old man, who claims he is the real Santa Claus after joining the Macy’s at Herald Square’s staff as Santa during the holidays, and is institutionalized as insane. Yet a bright young lawyer decides to defend him in court to prove he is the real deal. Set against the backdrop of a snowy, glowing Manhattan, this classic will bring back precious memories. If interested, watch the 1994 version and compare the two as an activity!

Have you seen any (or all) of these movies? Let us know in the comments below, and feel free to suggest your own favorites. We’d love to hear about what you’re watching this season.